Volunteers, trustees, members of the serving squadrons, members of the regimental association, Sikhs from across Kent and London, and the descendants of the late John Morrison BEM, our former association standard bearer, gathered to celebrate the conclusion of Project Diversity, funded by South East Museums and the Arts fund.

The centre of the celebration was the unveiling of the new portrait of the late John Morrison by his son, also called John. In the photo above, John junior holds the standard his father used to carry, in front of the new painting, which was created by the artist Hugh Beattie. Hugh and his daughter Frances are in the photo below with members of the Morrison family.

We were also celebrating the story of the Oscar, the Sikh statuette in the museum which was presented in 1944  by the 3rd Battalion of the 1st Punjab Regiment in Italy in WW2: "to those who served our guns - presented to the officers 385 Battery the Kent Yeomanry". In the museum we especially featured the story of Lt Jack Bazzard KY who was awarded the MC fighting alongside the 3 Battalion of the 1st Punjab Regiment during the advance through Italy. 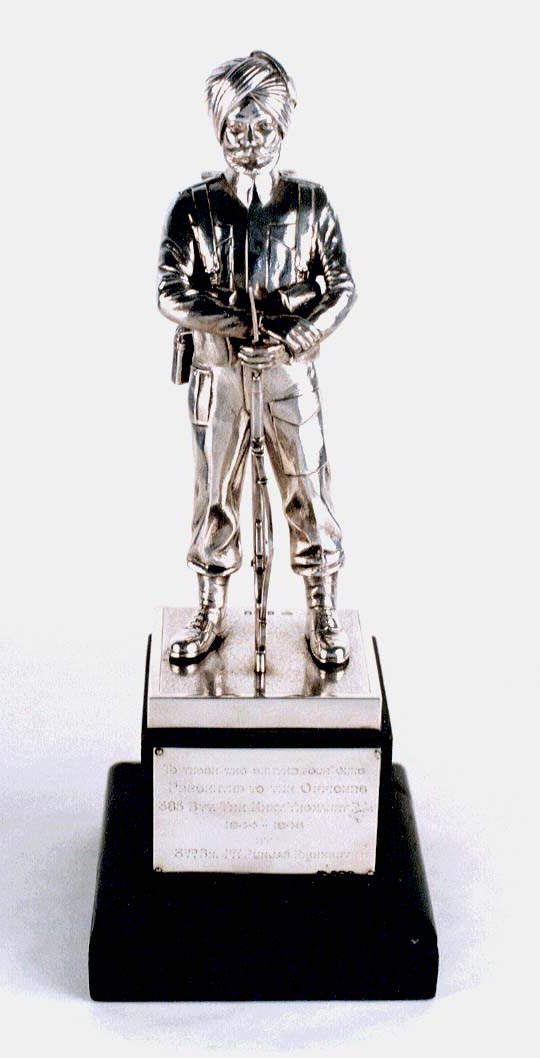 In the picture below, Rav Singh of the UK Punjab Heritage Association tells the Sikh side of the Oscar story,

Below is a lovely group photo of our Sikh visitors in front of the castle after the ceremony, courtesy of Gurjit Kaur.

Members of the Association turned out in strength, for a number of them it was their first visit to the museum - come agan soon!

Finally, we had some fun too with the exhibits outside the museum - here John Morrison junior is instructed in firing a blank round from our WW2 25 pounder field gun, under the watchful eye of museum volunteer Gordon Bubb.